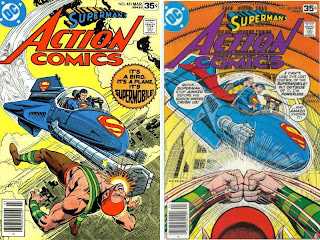 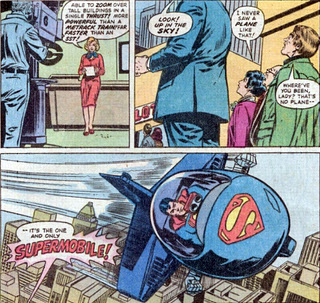 Clipped from Wikipedia: The Supermobile, also known as the SMB, is the fictional vehicle for the comic book superhero Superman, and is capable of duplicating all of his abilities in situations where he finds himself powerless. It was introduced in a story entitled "It's a Bird... It's a Plane... It's Supermobile!", published in Action Comics # 481, cover dated March 1978.

The Supermobile does not just duplicate Superman's powers, it acts as a conduit for the Man of Steel's powers, allowing him to channel them through the vehicle itself. When Amazo remarks that no engine on Earth could react as quickly and easily as the Supermobile's, Superman responds, "You're right about that, Amazo! But who said anything about an engine?", revealing that the vehicle is powered completely by Superman himself. 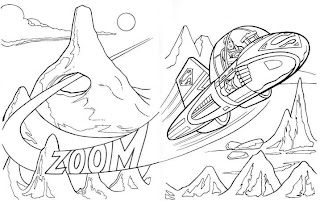 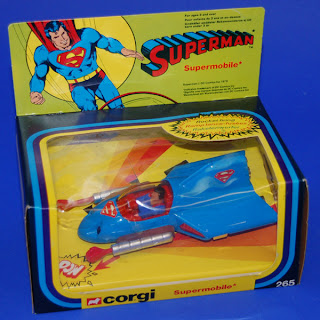 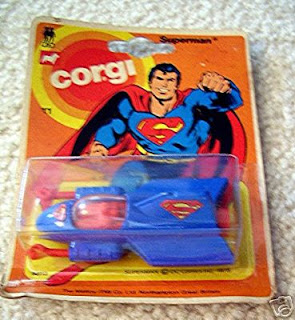 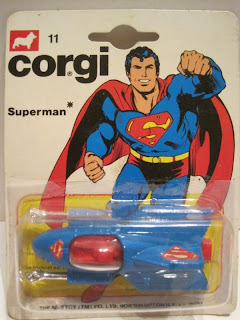 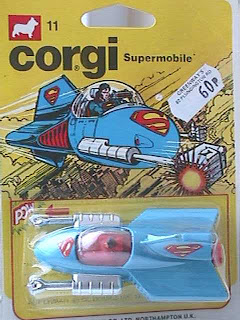 Clipped from Wikipedia: Corgi Toys made die-cast models of the Supermobile in two different sizes, the "Junior" model (3 inches in length, about the size of a Matchbox or Hot Wheels car) and a larger, 1/36 scale version. 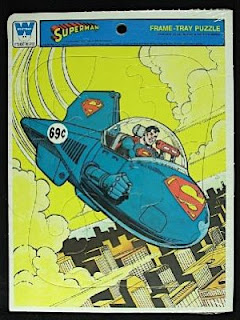 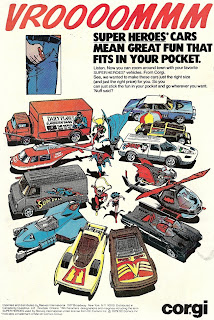 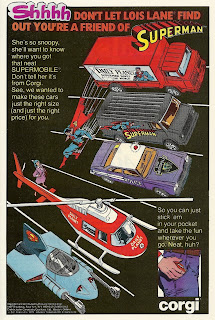 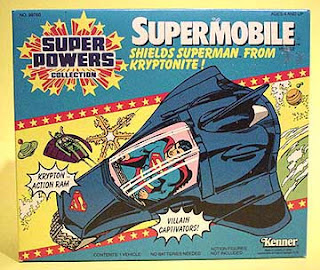 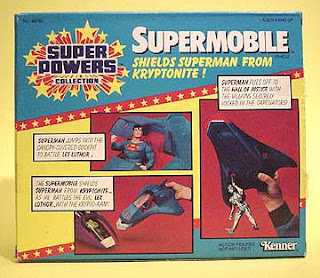 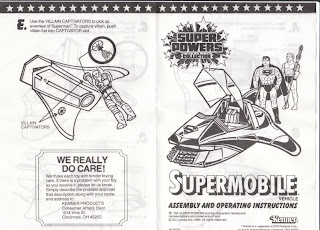 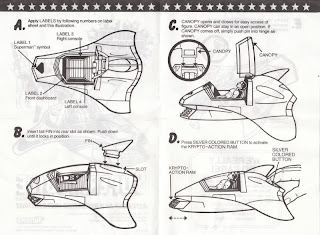 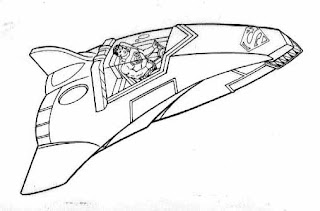 Clipped from Wikipedia: Kenner produced a Supermobile to go with their Super Powers Collection, one that was big enough to fit the line's action figures. The design differed a bit from the original, however; the two mechanical arms were absent, replaced by a front-mounted "Krypton Action Ram". 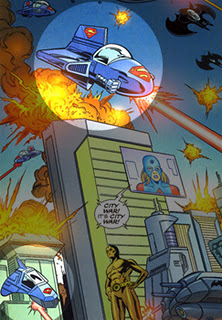 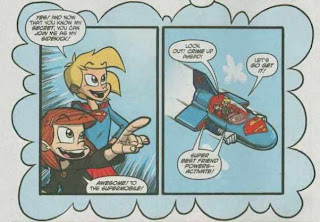 Clipped from Wikipedia: the vehicle has made a few unofficial cameo appearances in recent years. A few different versions of the Supermobile were seen protecting a futuristic Ivy Town in All-New Atom #8. The classic design of the vehicle could also be seen atop the sign of Funky Flashman's used automobile dealership (which also contained a lot full of Batmobiles from various media) in the fifth chapter of the Doctor Thirteen serial "Archtecture and Morality" in Tales of the Unexpected #5.
Clipped from Wikipedia:The Supermobile appeared in at least three episodes of Super Friends: "Terror from the Phantom Zone" (from the 1978 season), "Lex Luthor Strikes Back" (from the 1979-1980 season, The World's Greatest Super Friends), and "The Krypton Syndrome" (from the so-called lost episodes) of 1983.

In episode "Battle of the Super-Heroes" of Batman: The Brave and the Bold, Lex Luthor uses what look like a version of the Supermobile, albeit in his standard colors of purple and green, to challenge Superman. It was quickly destroyed.
at 6:10 PM 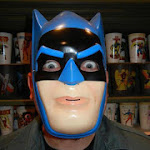 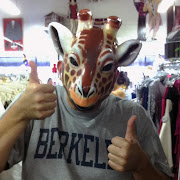